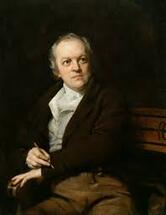 From 1992-2020 I worked at St James' Piccadilly London as one of its priests - a 'non stipendiary' to use church-speak. I had been sure that my vocation was to combine parish-based work with so-called secular work, to be present in the world beyond the church. A 'priest in secular employment'. I experienced my St James's as a great adventure, mostly because of the people who formed the congregation. One expression of the liveliness and adventuresome spirit that characterised that church community in those years was a group called Vagabonds. I don't want the history of the St James' Vagabonds to be lost. The material which follows was on the St James' website in the past but seemingly no more. I hope it might inspire as well and serve as a record. The group celebrated its 15th anniversary in 2013. I preached on that milestone, and the group, on 18 August that year.

The Vagabonds were a group of mainly Christian spiritual enquirers which met informally once a month in a pub close to St. James' to discuss a topic of interest. They take their name from William Blake's poem The Little Vagabond, a character who prefers the alehouse to the church (Blake was baptised at St James’).

This memoir of the early years of the Blake-inspired Vagabonds group at St James’s Church Piccadilly is by Dick Whittington, co-founder of the group, and marked its 15th anniversary in 2013